An Oxford shoe is defined by its “closed” lacing system, meaning that its eyelet tabs are stitched underneath the vamp (i.e., the top) of the shoe so that they aren’t visible. Oxfords are occasionally called Balmorals after Balmoral Castle. The shoes are named Oxfords after Oxford University. This shoe style did not appear in North America until the 1800s. In the United States, Oxfords are called "Bal-type" as opposed to "Blucher-type" (see Derby). In France, Oxfords are known as Richelieu.

Oxfords were derived from the Oxonian, a half-boot with side slits that gained popularity at Oxford University in 1800. Oxfords were cut smaller than the foot. The side slit evolved into a side lace that eventually moved to the instep, as students rebelled against knee-high and ankle-high boots. The toe cap can either be lined with two narrow rows of stitching, perforated holes along the end cap stitching (quarter-brogue), perforated holes along the end cap stitching and on the toe cap (semi-brogue), or a semi-brogue with the classical wingtip design (full-brogue).

The Balmoral is also known as an Oxford with no seams, apart from the toe cap seam, descending to the welt. Oxford shoes are also known by their variation, or style. The Cap-Toe Oxford is the most well-known, although 'Whole Cut', 'Plain Toe', and a variation of 'Brogue' Oxfords are common. Shoes with closed lacing (Oxfords/Balmorals) are considered more formal than Derby’s. 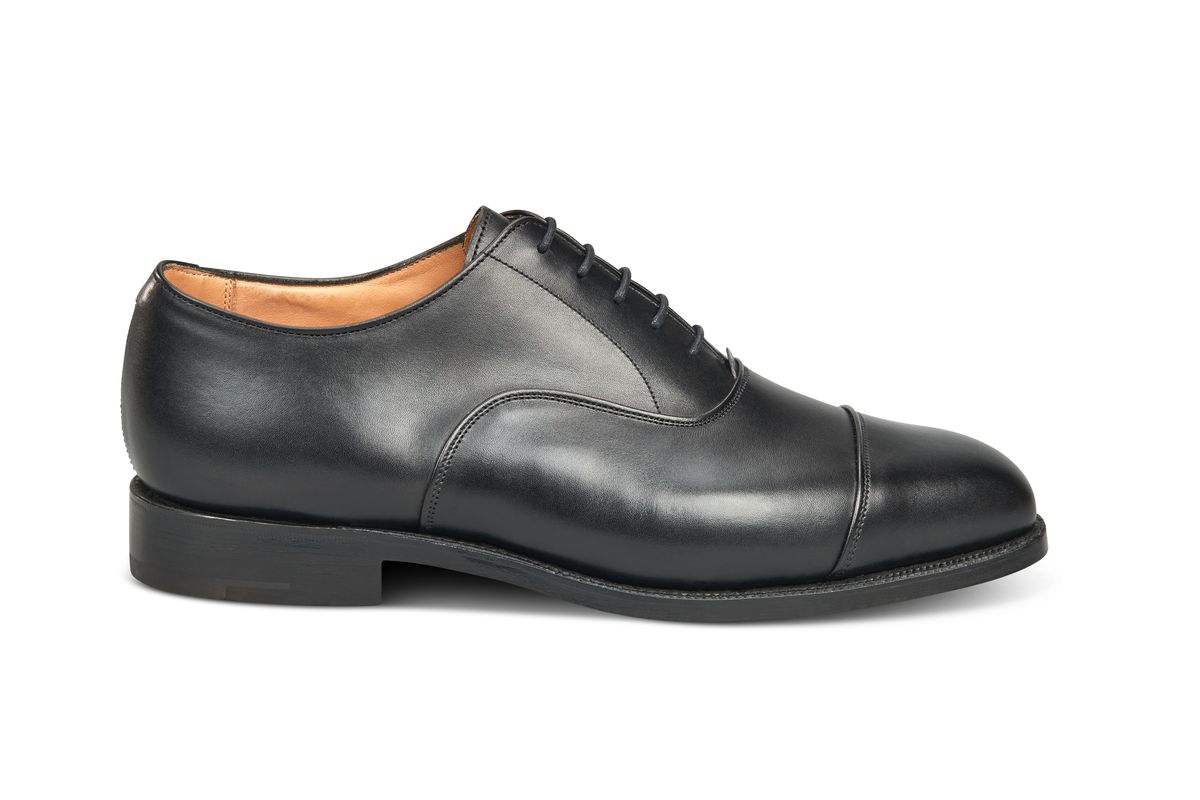