The word "brogue" was first used to describe a form of outdoor, country walking shoe in the early twentieth century, traditionally worn by men. A distinctly British shoe, the Bourton brogue instantly adds an air of sophistication to virtually any ensemble.

Modern brogues trace their roots to a rudimentary shoe originating in Ireland and Scotland. The brogue was originally designed for farmers at the turn of the 19th century, with the perforations strictly created for utility as they were designed to drain water as the wearer would walk through muddy terrain.

At that time, the brogue was not considered to be appropriate for other occasions, social or business. Over time perceptions have changed and brogues are now considered appropriate in most contexts, including business.

Its makeover started in Britain during the 1920s, when brogues started to have a more elegant reputation, with two tones favoured by the trend makers in the Jazz music era. In the 1930’s Prince Edward, Duke of Windsor and the former Prince of Wales famously sported brogues around the golf course.

No style of footwear defines the gentleman more than the Bourton brogue. Its timeless, functional design has now been favoured by the sartorially aware for many decades and it can lay claim to being one of the true icons of modern menswear. 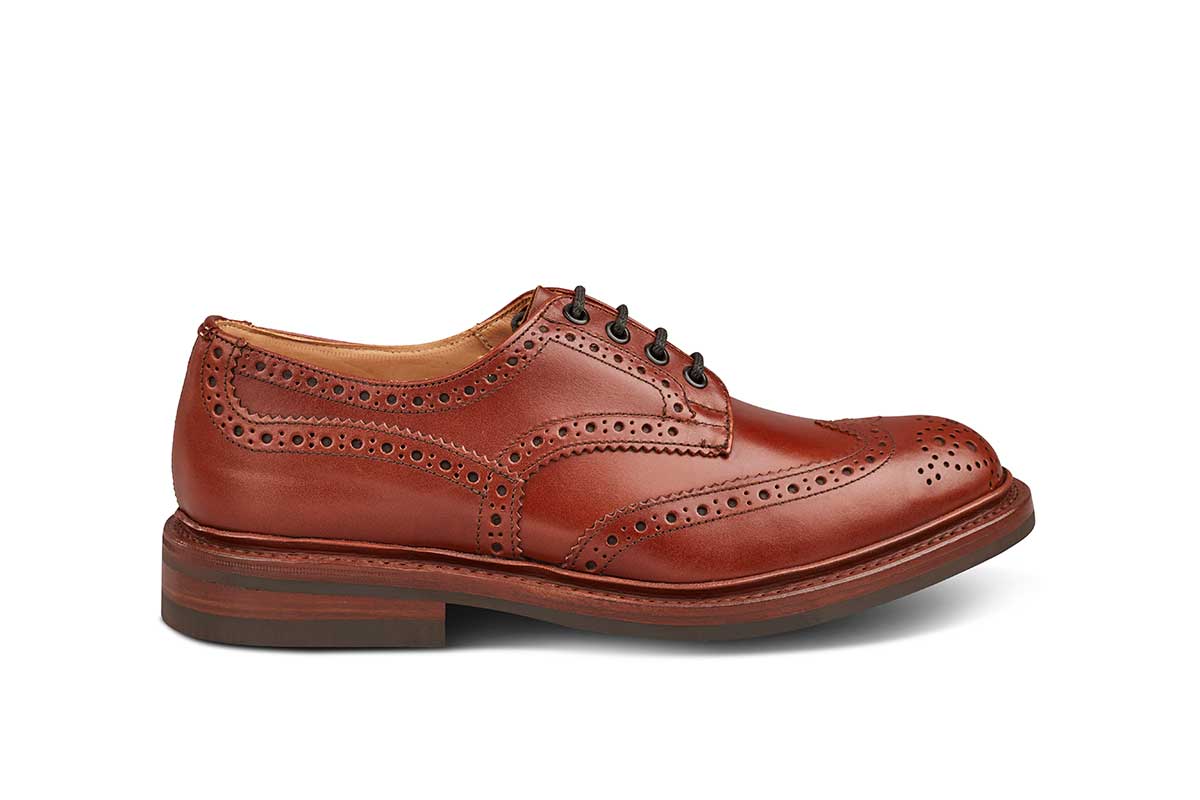