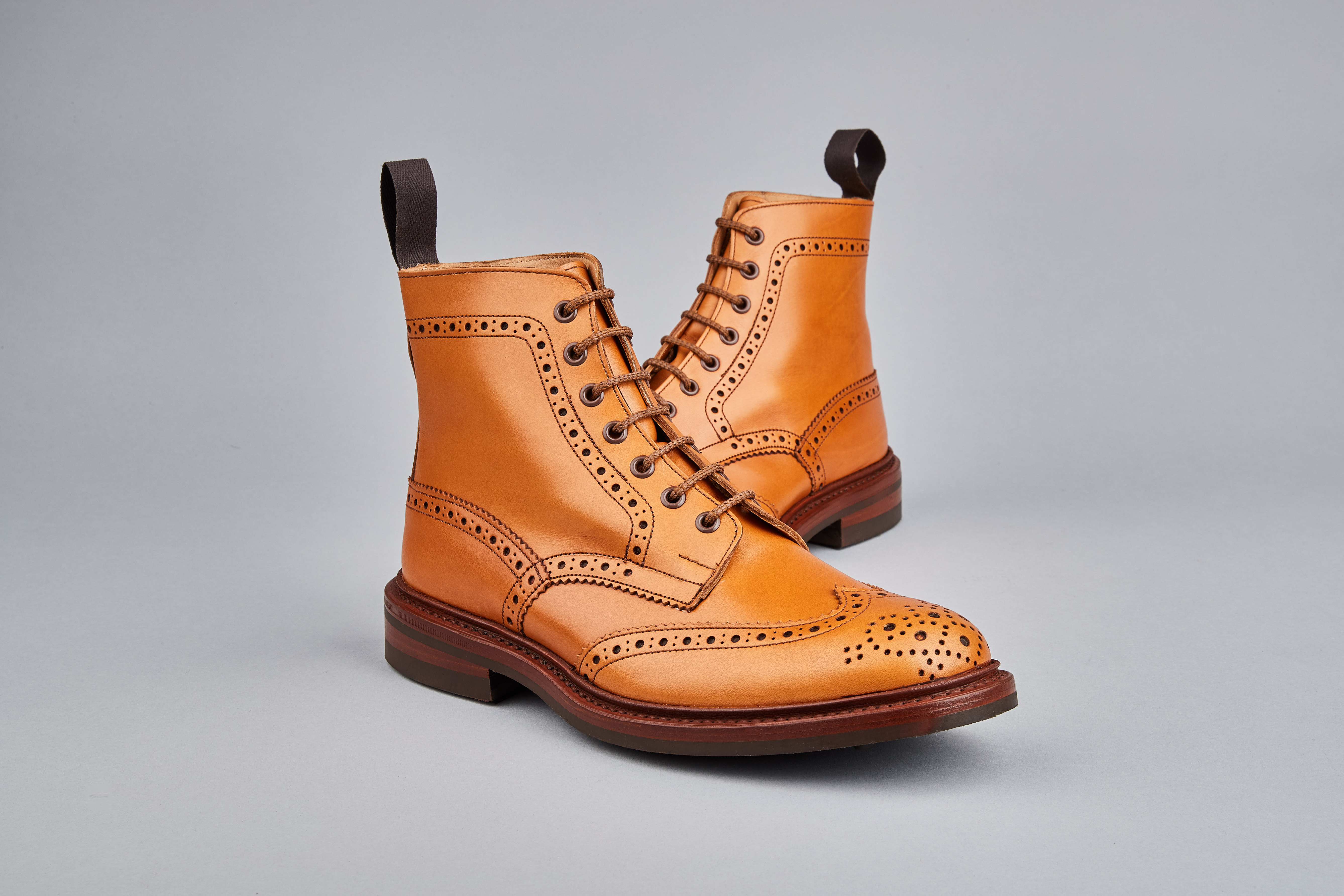 Joseph Tricker founded R.E. Tricker in 1829. To set the scene from a historical perspective, that same year saw Robert Peel establish London's first uniformed police force, whilst in America, Abraham Lincoln gave his first political speech. Louis Braille invented his system of finger-reading for the blind and Queen Victoria's ascent to the throne was still eight years away. 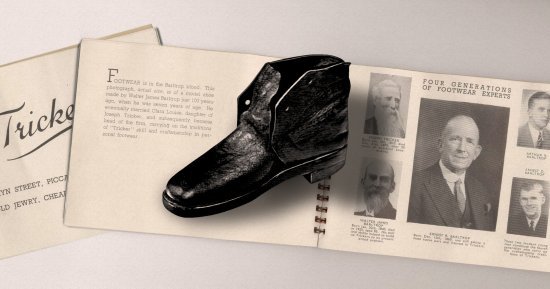 Joseph saw the birth of the modern world, a time for great enlightenment, learning and social reforms. This was the world in which the first retail orders for Tricker's shoes were secured.

One of the longest established shoemakers in England, Tricker’s is still a family owned business stretching across five generations.  All our footwear is made entirely from start to finish in our Northampton shoe factory and His Royal Highness, The Prince of Wales, awarded Tricker’s a Royal Warrant in 1989. 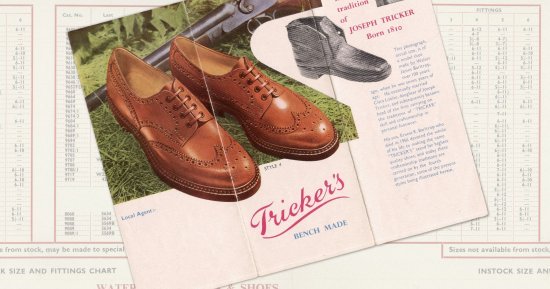 From the outset, Tricker’s had a reputation for outstanding manufacturing quality and durability, quickly becoming the maker of choice for heavy country boots and shoes to farm, estate owners and the landed gentry who all swore by the comfort, strength, durability and practicality of Tricker’s waterproof country footwear.

Tricker’s country shoes and boots are today built to the same exacting standards that first established our reputation. Joseph Tricker’s son-in-law, Walter James Barltrop, designed and created the world’s first country boot in 1840 which heralded a brand new age for country footwear. The split reverse welt designed by Walter, allowed the boots to be waterproof for the very first time.

Today, there are still 260 individual processes involved in the making of a pair of Tricker’s shoes and boots and take eight weeks to manufacture.

The Bourton brogue and Stow boot remain the cornerstone of our business.

In 1937, Tricker’s commissioned two lasts to celebrate the coronation of King George VI: 4444 is synonymous with our Bourton heavy brogue country shoe and the 4497 is used to produce our most famous country boot, the Stow. 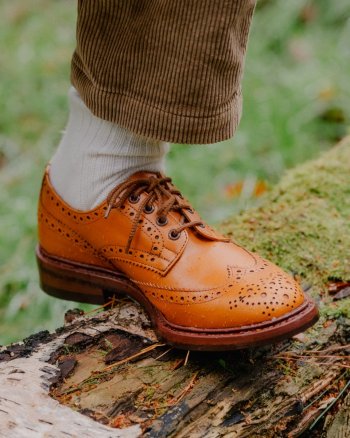 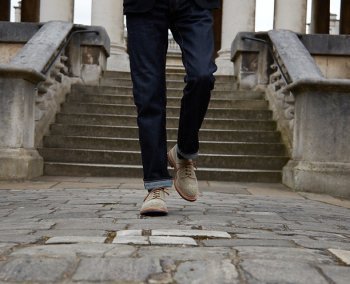 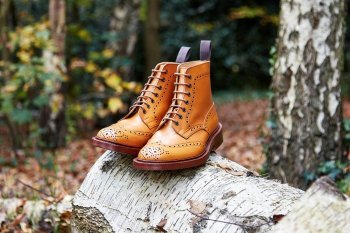 All our lasts are made by local family run business Spring Line. Sadly, they are the only remaining last maker in Britain known locally as ‘the last man standing’.

As the last is the first in the shoe making process, it’s a testament to the Northampton shoe industry and craftsmanship that lasts needed for bespoke orders are still handcrafted in wood.

What is a Shoe Last?

A last is a three dimensional mould made from either wood or high-density plastic that’s hundred per cent recyclable. This defines the shape of the shoe or boot design. 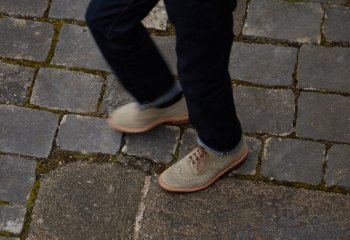 Our shoemakers stretch the closed uppers on individual lasts for all our designs. It’s a delicate operation that requires a brilliant eye, heat, moisture and the occasional touch of force. The upper is then secured to the woven rib on the insole with small nails and staples to hold the shoe together until the welt is attached. The welt joins the insole to the upper on every pair of Tricker’s shoes and boots. The sole is then stitched onto the welt. Because our welted shoes are sewn rather than glued together, a skilled craftsman or woman can unstitch and repair them whenever it is needed. This method is known as Goodyear Welted which is the trademark of quality Northampton-made footwear.

The English town of Northampton is well-known around the world for its shoe industry. Dating back centuries, Cordwainers (shoemakers as they were called in the Middle Ages) were drawn to this town because of its prosperous animal markets and tanning industry. Shoemakers could be found in every part of Northamptonshire.

It is recorded that in 1642, Northampton shoemakers were instructed to make approximately six hundred pairs of boots and four thousand pairs of shoes for the English army about to embark on the Civil War.

As a result of this commission, Northampton’s reputation grew as an area able to produce large-scale footwear orders. Over the next few hundred years, Northampton boasted 1,821 shoe makers.

Sadly today, there remain only a handful of shoe making companies in the town of Northampton and surrounding areas. 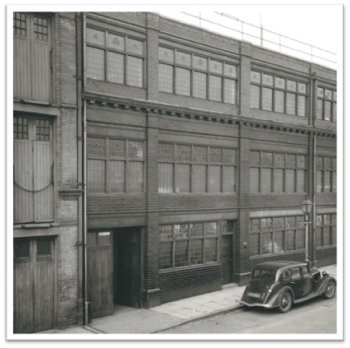